The World Of Self Driven Cars Is Truly Here [Infographic] 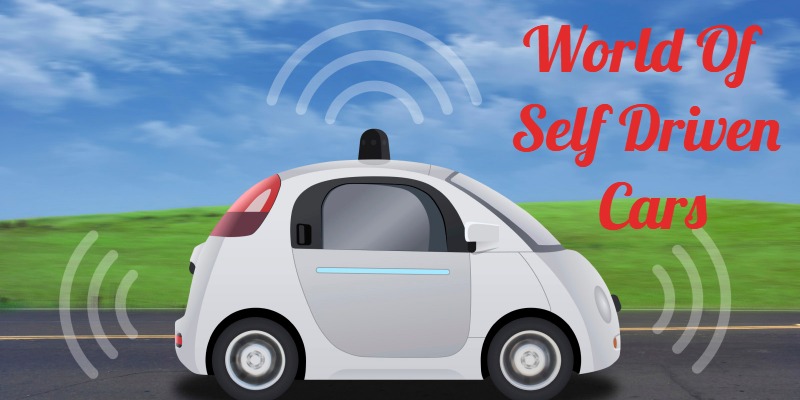 There is no doubt that car technology has moved from one level to another quite dramatically and Google today has come out with the much talked about self-driven cars. Hence, if you would love to be driven not by your chauffeur but by a self-driven car, then you will find the next few lines interesting and informative.

No one would have given too much importance to self-driven cars a few years back. However, we are today on the threshold of coming out with the first self-driving cars. It certainly is a major and path-breaking technological breakthrough and it might take the world by storm in the years to come. Yes, there certainly would be the need for a strong car battery.

The rotating rooftop camera or the laser ranger finder or lidar is the heart of this self-driven car. It has 64 laser beams and can create 3D images which make safe self drive a reality.

It also comes with a front camera for near vision. It is mounted on the windshield and plays a big role in helping the car to see objects right in front of it while on the move.

The self-driven car has 4 radars that are located in the rear and front bumpers. It helps the car to find out more about the cars behind it and in front of it.

The car is able to get information about its exact location because of high-quality aerial which receives inputs from GPS satellites.

If there are any obstacles on the rear and if there is a need to track movements of the car, the ultrasonic sensors placed on one of the rear wheels will be helpful.

The insides of the self-driven come with some devices such as gyroscopes, altimeters, and tachymeters. This helps to find out the exact. They help to generate the right data for the smooth operation of the car.

While there are many sensors, the greatest thing is that all that data collected from the sensors is clearly interpreted by the CPU of the car and this helps in the safe and enjoyable driving experience.

Another wonderful feature is that the self-driven car from Google will also be able to understand and interpret common motorist signs and road behaviors. It has the ability to understand common signals emanating from other motorists and also cyclists.

Before a self-driven car is chosen for a particular route, a regular car is sent out to map the entire route and come out with a full picture regarding potholes, road signs, road markers and more. The map is fed into the software of the car to make driving easy.

Finally, the car has some real-life behaviors which have been programmed by Google engineers. It can detect slow-moving cars and overtake and also slow down when there are cars coming its way and so on.